Thailand has been traditionally one of the main destinations of foreign investments in South East Asia. Jose Herrera, Managing Partner at H&P Lawyers in Bangkok, gives a brief outline on regulations and criteria in terms of legal compliance for operating a business in Thailand.

Mr Herrera, what is your view on regulation of Foreign Direct Investment (FDI) in Thailand?

Herrera: FDI regulation has improved significantly here during the last decade. However, there are still have various restrictions and not friendly regulations under Foreign Business Act B.E.2542 (1999) as amended (FBA).

Can you give some examples? 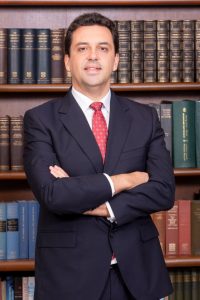 Herrera: Firstly, the definitions of Thai and Non-Thai nationals in order to grant permission to operate businesses and which businesses are permitted to operate in the country of Thailand is one of the first well known traditional barriers for foreign investment. Secondly, we should not think only in terms of FBA, as the Board of Investment of Thailand (BOI) also plays an important role by promoting foreign investment in Thailand as well. BOI maintains policy of providing special consideration to both: domestic and foreign investment projects. Under the Investment Promotion Act, investors will receive benefits including Tax and Non-tax incentives. At the end, the criteria of the legal counsels to give the correct advice on complying with FBA or BOI will be based on the project that the foreign investor wants to develop in Thailand.

What qualifies as foreign investment?

Herrera: The FBA defines foreign as if half or more of its shares are held by non-Thai citizens or foreign juristic persons. In addition, the FBA reserves certain business activities for Thai nationals, and limits the ability of foreigners to engage in those activities.

Which businesses are restricted in Thailand?

Herrera: The list of restricted businesses under this Act includes Agricultural, Industrial, handicrafts, trade and commercial, services, and etc. As the principal law which limits foreign ownership in Thai businesses, the FBA separates businesses into three lists as follows:

– List 1: Businesses that are strictly reserved for only Thais (Thai person, or Thai company which comprise of 51% up Thai shareholder): this list includes 9 business activities.

– List 2: Businesses that are in related and concerning national security or safety that could have impact on art and culture, customs, or native manufacture, or with an effect on natural resources These businesses are subdivided into three separate groups in 13 business activities.

– List 3: Businesses that are prohibited for non-Thais which are businesses that Thais are not capable of competing foreigners, unless permission is granted by the Director General of the Department of Business Development with the approval of the Foreign Business Board in 21 different businesses.

Which specific criteria exist in terms of foreign shareholdings in Thailand?

Herrera: Business activities are not reserved for Thais or restricted to foreigners under the FBA under List One annexed to the FBA, Thai nationals must hold shares totaling not less than 51% of the registered capital (under article 17). Alternatively, a foreign business license or foreign business certificate has been obtained, as well as acquire investment promotion under the BOI (under article 12). Another alternativ is that there’s protection of an international treaty to which Thailand is a party, such as the Thai-Australia FTA or JTEPA (under article 11).

How can foreign investors obtain a foreign business license in Thailand?

Herrera: In the first step, an application for FBL on businesses in Annex List Two under FBA article 17 is required. The foreigner can apply the FBL via the Minister of Commerce with the approval of the Cabinet. The examination process will take 60 days or will be extended not more than 60 days. After this, the cabinet shall grant the license within 15 days. In terms of rejection, the minister has to inform the applicant in written within 30 days.

How does the process work regarding a foreign business license under annex List Three article 17?

Herrera: In this case, the foreign applicant can apply FBL at DBD via the Director General of the Department of Business Development with the approval of the Foreign Business Board. The examination process takes 60 days. After the permission result is announced, the Director General of DBD shall grant the license within 15 days. On the businesses on List Three, if the application be rejected, the Director General shall inform the foreign applicant within 15 days after the rejection with crystal-clear reason and the applicant has right to appeal the order to Minister within 30 days after being informed and the appeal will take 30 days to finalize.

What needs to happen if the foreign investor has obtained investment promotion permission to operate business under Investment Promotion Act or permission in written under The Industrial Estate Authority of Thailand?

And what are the formal requirements once the license is in place?