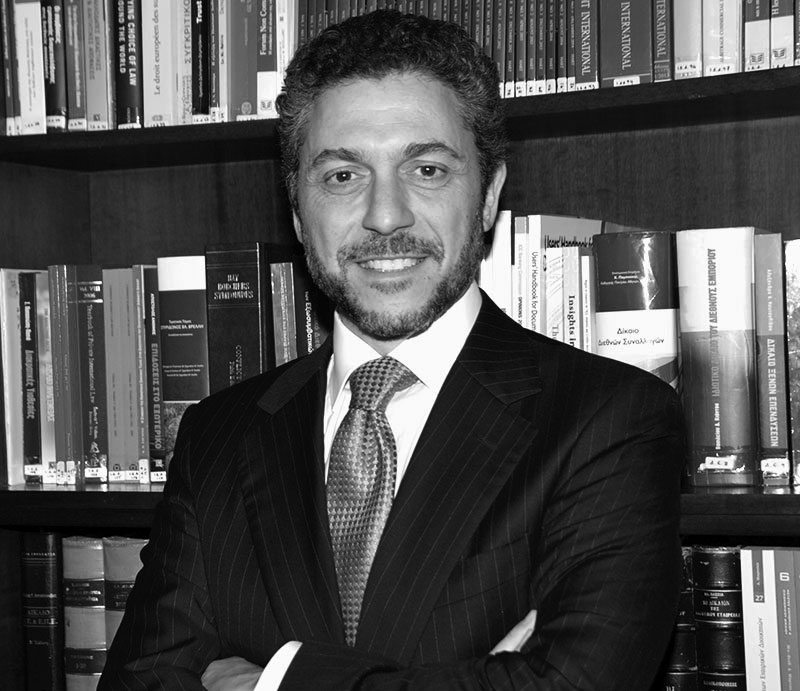 Dr. Haris Meidanis is a lawyer and partner at Meidanis-Seremetakis & Associates based in Athens (Greece) specializing in business and commercial law, private international law and law of international business transactions, arbitration and mediation and real estate.

Haris has also participated in arbitrations and mediations as arbitrator/mediator and/or counsel/advocate. He also possesses considerable litigation experience. Haris Meidanis has worked in an international law firm in London as a foreign lawyer as well as in leading Athens and Piraeus Law offices, always with emphasis on business law and international transactions.

Haris has worked as legal counsel at the Ministry of Economy (2007-2009) and at the Ministry of Development (2005-2007), where he worked extensively in law drafting. He has published over 40 academic articles on Private International Law, Law of International Transactions, Arbitration and Mediation. He has also participated in a number of collective works in the above disciplines. His Ph.D thesis under the article “Ordre Public/ Public Policy in the EC Private International Law” was published by Ant. Sakkoulas in Athens in 2004.

He speaks and writes in Greek (native), English, French and Spanish.