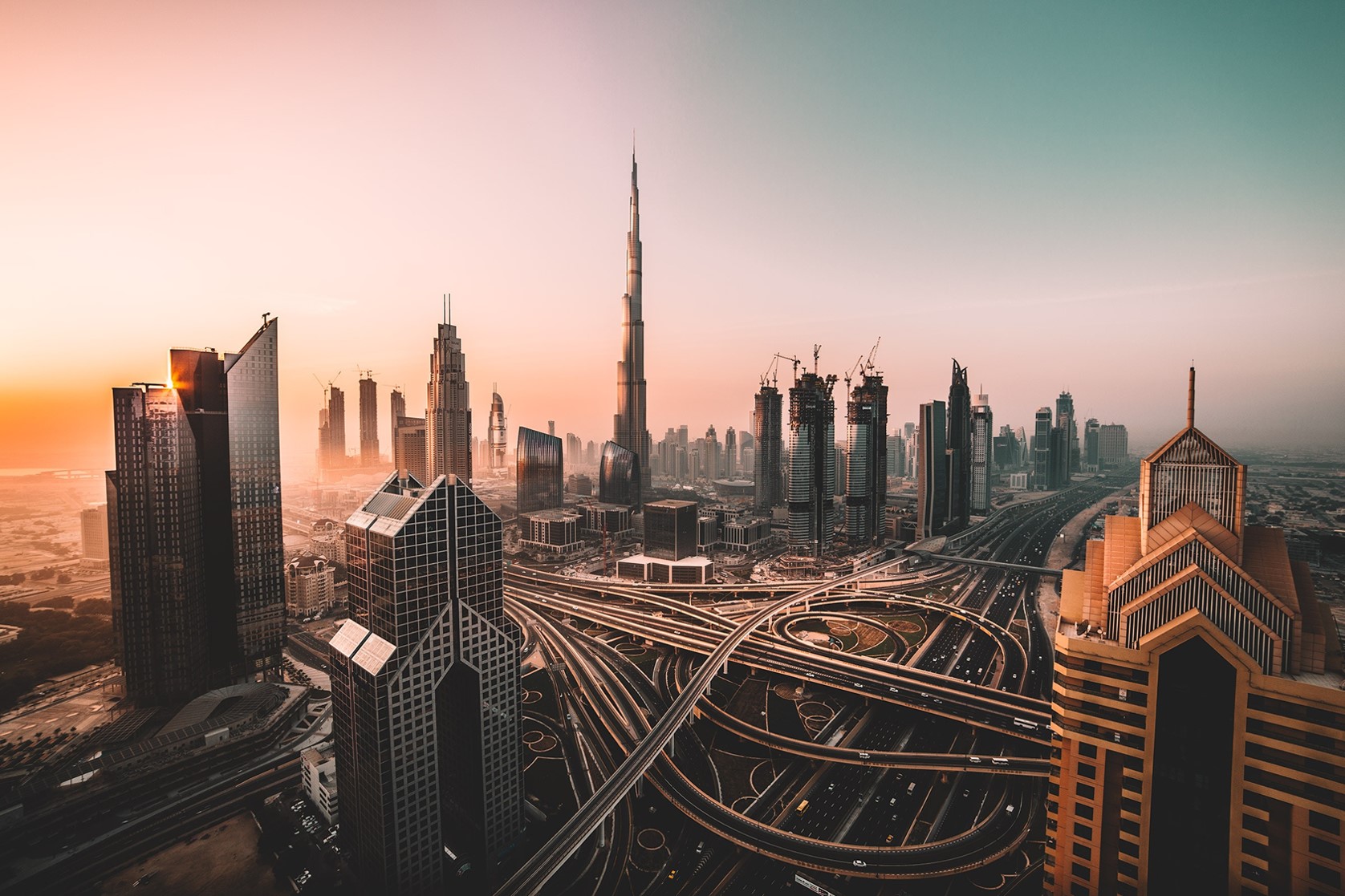 The United Arab Emirates (UAE) is an attractive destination for international companies striving for growth in the Middle East. When considering investment into the region, Foreign executives regularly struggle with legal differences when serving on boards in the UAE. Ben Constance, Partner at DWF, gives a brief outline on directors’ duties in the UAE.

When foreigners are appointed executives in a UAE company they might feel uncomfortable with regards to their legal duties – is the legal framework very different from the situation in Western Europe or the US?

Constance: The UAE (with exception of the Dubai International Financial Centre (“DIFC”) and Abu Dhabi Global Market) is a civil law jurisdiction. Directors’ duties in the UAE are codified in law and regulations, as opposed to originating from judicial precedent. Hence, a straight comparison of the underpinning legal framework of the UAE compared to that of say the UK and US indicates marked differences. A comparison to countries such as France or Germany, for example, will find greater similarities.

Which legal particularities do exist in the UAE? 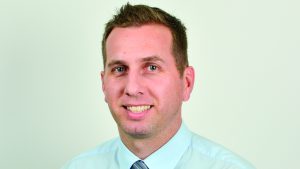 Constance: There has actually been a reasonably recent change in the UAE with a new Companies Law (Federal Law No 2 of 2015) being implemented effective 1 July 2015 after a long period of consistency in the law. Among other things, the new law provides explicit duties for managers (akin to directors) of a LLC. These duties include not to compete with a company in which a director is appointed and provides that compensation be paid by a manager in the event of a breach of manager duties. Directors of a Dubai Financial Market (“DFM”) and/or Abu Dhabi Securities Exchange (“ADX”) listed company are, in addition, subject to the Emirates Securities and Commodities Authority rules for companies (the “ESCA Rules”) which include Federal Law No 4 of 2000 establishing ESCA (“ESCA Law”), the ESCA Code of Corporate Governance (the “Corporate Governance Code”) and regulations on transparency, disclosures and share dealings. The DIFC and Abu Dhabi Global Market also have separate legal frameworks based on common law and duties applicable to director of DIFC and ADGM entities entity are principally outlined in the Companies Law of each of these financial free zones.

Does corporate law in the UAE provide a business  judgment rule?

Constance: At a federal level, the UAE laws do not recognize this legal principle specifically, as it is adopted in other jurisdictions. Directors are responsible and liable to the company, the shareholders and other parties for fraud, deception, misuse of authority, violation of law or the articles of association and maladministration of the company. The general rule is that directors are responsible jointly to the company, the shareholders and third parties for any wrongful acts resulting from a unanimous decision of the board. There are, however, exceptions for certain circumstances. But the business judgment doctrine is embedded, rather than specifically stated or described, in the UAE Companies Law.

Are there any specific directors’ duties in the UAE that foreign executives should know to avoid prosecution or indemnification?

Constance: Duties of directors in the UAE, provided for under the federal companies law, include (1) to exercise reasonable care, (2) act within their powers, (3) not compete with the company’s business, (4) declare interest in a proposed transaction, (5) not to distribute fictitious dividends, (6) not to misrepresent the company’s financial situation, (7) not to enter into loan agreements with the company, (8) keep the company’s secrets confidential and (9) not to profit from the company’s secrets. Non-executive directors should also attend board meetings, take an active oversight of the company’s business and ensure access to all relevant records in order to act in the company’s interests. These duties are not unique for directors internationally, but should be observed using a prudent approach in order to avoid personal liability.

Are there any special legal obligations for directors of listed companies in the UAE?

Constance: For directors of a public company, whose securities are traded on DFM or ADX additional duties include, being: (1) using best endeavours to act in the interests of the company and its shareholders – this is a key difference to a privately owned company to enhance shareholder protection, (2) follow the prescribed procedures for the disclosure and approval of related party transactions, (3) oversee the application of specific corporate governance standards and regulations contained in the Corporate Governance Code and (4) ensure that the company complies with ESCA transparency, disclosure and share dealings regulations.

What should non-executive directors take into account in the UAE?

Constance: In addition to the above duties, non-executive directors need to: (i) participate regularly and actively in board meetings to provide independent opinion on issues such as strategy, policy, performance, account ability, resources, principal appointments and work standards, (ii) ensure that the interests of the company and its shareholders take precedence if a conflict of interest arises, (iii) review the company’s performance to ensure that it is achieving its objectives and monitor performance reports, and (iv) devise corporate governance guidelines and supervise their implementation. It is also worth noting that limited liability companies (the most common form of legal entity in UAE for foreign investment) usually empowers a single manager instead of a board of directors or the board of directors delegates certain powers to a manager. As per UAE law, such managers hold similar responsibilities and can be personally liable for a breach of underpinning duties.

Does it legally make a difference for executives if their company is based in DIFC or outside?

Constance: As mentioned, the DIFC has its own legal framework and set of company law regulations. The DIFC Companies Law imposes, on all directors, a duty of care and skill as well as certain fiduciary duties. These duties include that a director, in exercising his/her powers and discharging duties, shall (1) act honestly, in good faith and lawfully, with a view to the best interests of the company and (2) exercise the care, diligence and skill that a reasonably prudent person would exercise in comparable circumstances. The fiduciary duties of directors include an obligation to have considered the benefit for the company and its members/shareholders as a whole when entering into lawful business (meaning such business the company is licensed to conduct in the DIFC). Benefit, even though it is not defined in the law, can be interpreted as “profitability of the company”.  The DIFC laws are more akin to those of countries such as the UK, US, Canada and Australia as opposed to the federal laws of the UAE.

To what extent does compliance play a role for executives in the UAE?

Constance: Directors are responsible a company’s compliance with local laws, including licensing regulations, applicable to each company. Prudent housekeeping of records and sound corporate governance are key factors in enabling directors to fulfil director duties and obligations, be it in connection with daily operations, financial affairs or transactions involving a merger or acquisition.

Many UAE companies are owned by families or the state. What should executives consider in these specific environments?

Constance: The duties, as outlined above, broadly remain the same. However, for executive directors it will be essential to develop appropriate communication channels with shareholders/members and respecting certain unique circumstances and local traditions. For family businesses in the UAE (like anywhere in the world) directors could face circumstances where private issues between family members will be carried into the company’s business and will need careful and considered management and attention.

As a rule of thumb, what should a foreign executive ideally do prior to serving on a board in the UAE?

Constance: We recommend that potential directors undertake a thorough due diligence prior to appointment. This is particularly important where a company exists for a period of time, as it increases the risk of non-compliant activities having become part of an entity’s usual business practices. The due diligence undertaken could include aspects such as a review to ensure (1) audited accounts being prepared in a complaint manner and subject to appropriate regulatory standards, (2) minutes of meetings being prepared and made available as appropriate, (3) the company’s commercial licence matching with the activities actually conducted by the company in the UAE, (4) policies that might be in place and (5) ownership structure and relations between owners. A developed understanding of UAE legal requirements for directors will also be fundamentally important.