Foreign Investments in Algeria: The Gateway For Business in North Africa 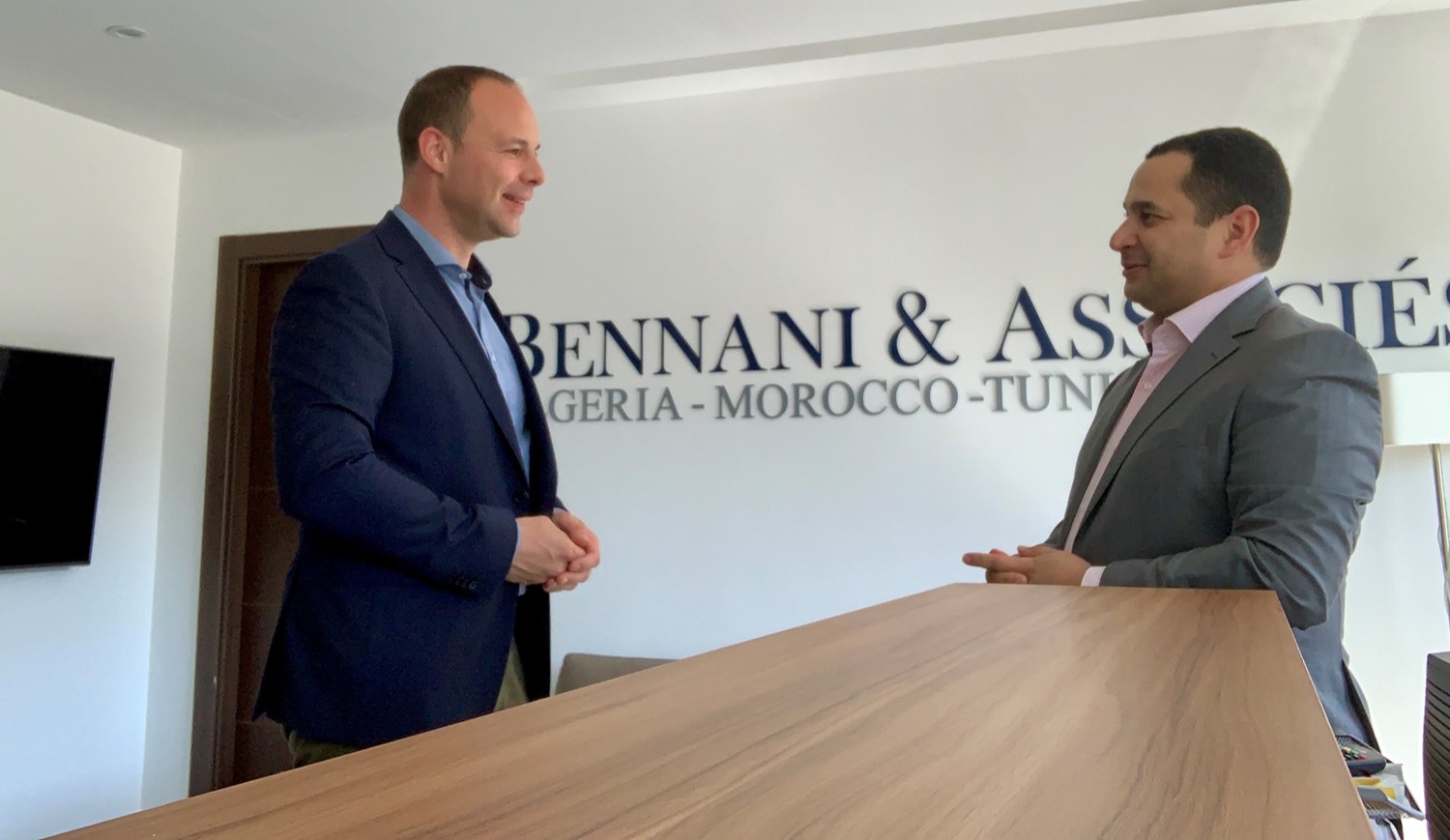 When it comes to business in North Africa, companies from all over the world choose Algeria as a regional hub for production or sales. At the same time, foreign investors need to be aware of certain regulatory aspects that Mourad Seghir (Attorney and Partner at Bennani & Associés in Algiers) sheds light on.

Mr Seghir, why is Algeria attractive for foreign companies that intend to tap the North African market? 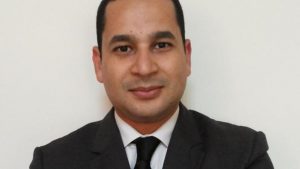 Seghir: Algeria is attractive for foreign companies that intend to tap the North African market due to its consumer market, which is very open and attractive, its natural resources that are very rich especially in oil and gas. Its geographic position is also important because it is open towards Africa and Europe and, finally, the language barrier is not insuperable. Indeed, Algerian citizen speak Arabic, French and English.

Are there any other benefits?

Seghir: In compliance with Algerian Investment Regulation, investments made in relation to production activities benefit of the right to transfer dividends abroad as well as investment incentives which include a minimum of 3 years to a maximum of 10 years tax incentives which include VAT, customs duties, registration duties, corporate profit tax, local taxes and reduce interest rates for investment loans granted by local banks (an interest rate of 1 %). Finally, Algeria is part of more than 48 bilateral investment treaties which grant protection to non-resident investment from a country having ratified the relevant treaty (Germany, France, Italy, etc.).

Which sectors play an important role in your legal practice and where do you see specific regulatory issues? 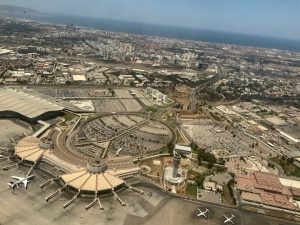 Seghir: On the one hand, our legal practice includes different sectors, but the more frequent ones are pharmaceutical industry, oil and gas (upstream and downstream), infrastructure projects (ports, airports, subway, highways, roads, etc.), renewable energy, hospitality, and agriculture. On the other hand, the main regulatory issue we see is mainly related to exchange control legislation. Indeed, each operation of inflow or outflow of foreign currencies is scrutinized by the Bank of Algeria. The latter has distinguished two type of operations:

– Regular transactions with foreign countries: it includes generally all imports of services and goods related to production activities in Algeria as well as imports of goods for resale in Algeria which do not require a specific authorization of Bank of Algeria;

– All other operations: all operations which do not qualify as regular transaction must obtain a specific authorization from the central bank.

Can a foreign company simply establish a local subsidiary in Algeria or how should the market-entry ideally be organized?

Seghir: The organization of the market-entry into the Algerian market will depend on the field which the company considers to enter. The most common type of establishment is the incorporation of a commercial company via a direct investment in partnership with local investors holding at least 51 % of the share capital. Regarding the incorporation of a commercial company, there are mainly the joint stock company (JSC), the limited liability company (LLC) and the group or a joint venture (consortium).

What alternatives can foreign companies make use of?

Seghir: They may also setup a liaison office in Algeria to do marketing activities of their products as well as market prospection. However, the liaison office is not authorized to handle commercial activities. Finally, a foreign company which is party to services and works contracts with local companies which requires a presence of more than 183 days in Algeria, may register a permanent establish (depending on the definition provided by the applicable tax treaty) which will allow the foreign company to have a tax registration in order to be taxed as any other Algerian company on its profits and hire foreign and local employees.

Which public approvals does a foreign investor need in order to set up in Algeria?

Seghir: Generally speaking, there are no prior approvals required by law except for regulated activities such as production of vehicles, production of medical products, distribution of sensitive equipment, etc. Moreover, please note that in order to benefit from the common tax incentives scheme (which is a minimum of 3 years tax incentives), the foreign investor must register its investment with the National Agency of Investment Development called “ANDI”. Finally, in order to benefit from the exceptional tax incentives scheme (up to 10 years tax exemptions), in addition to the investment registration before the ANDI, the investment must be authorized by the National Investment Council called “CNI”. The authorization of the CNI is required when the investment volume amounts to at least 5,000,000,000 DZD (the equivalent of approximately 35 million Euros).

Are there any limitations regarding the investment amount and how are capital injections of foreign investors into Algeria typically made?

Seghir: Firstly, in relation to the share capital contribution, in a limited liability company, there is no minimum required by law. However, in a joint stock company the minimum share capital must equal to 1,000,000 DZD (which represents approximately 9,000 Euros). Secondly, the capital injections of foreign investors must be done through either the import of foreign currency through bank channels or through in-kind contributions duly notices and evaluated as per the Algerian Commercial Code. Otherwise, the foreign investor won’t be able to transfer the profits and dividends accrued from such investments. Finally, please note that in order to benefit from the right to transfer dividends abroad, the foreign investor must at least contribute to the total investment by a percentage equal to its share participation. Thus, in the event, its contribution to the share capital represents 49%, the latter must contribute to the investment amount by 49%.

What are the legal prerequisites for establishing an own production in Algeria – timing-wise and legally? 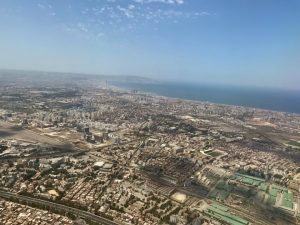 Seghir: The prerequisites for establishing an own production in Algeria depend on the type of production. If the activity qualifies as “regulated activity”, the latter must obtain the applicable authorization and license. Finally, in the event the production facility qualifies as “classified establishment” for environmental purposes, the latter must also obtain an exploitation authorization prior to its start of production. The timeframe for obtaining the above authorizations and licenses will depend on the activity performed. However, the average timeframe for obtaining the authorization is from 3 to 6 months).

Are there any formal requirements or limits for repatriation of profits from Algeria?

Seghir: As mentioned before, there are limitations for repatriation of profits from Algeria. Indeed, pursuant to the Regulation n° 07-01 of the Bank of Algeria, dated February 3, 2007, related to transactions with foreign countries, foreign currency accounts and other related regulations, a foreign shareholder cannot transfer dividends unless he proves that the investment was made by importing foreign currency through the Algerian banking channels or duly noticed and evaluated in-kind contribution, and the newly incorporated company operates in the production of goods and services activities. Please note that the companies performing imports for resale activities are not authorised to transfer dividends abroad unless such companies make a significant investment effort which will require a specific authorization of Bank of Algeria.

Which sectors in Algeria are likely to become increasingly attractive for foreign investments in future due to regulatory changes?

Seghir: According to the latest information related to the Finance Law for 2020, the Algerian Government is considering lighting perhaps repeal the 51/49 rule. If the said measure is implemented, it will be an advantage for the foreign investors who will be authorized then to own 100 % of an Algerian company. The sectors that will become increasingly attractive for foreign investments are renewable energies, agriculture, hospitality, pharma as well as the traditional sector of oil and gas. Please note that foreign investments must comply with the 51/49% share capital reparation rule where 51% must be owned by local resident shareholders. It must also be highlighted that the Algerian government has announced recently that this rule will be probably repealed in 2020.